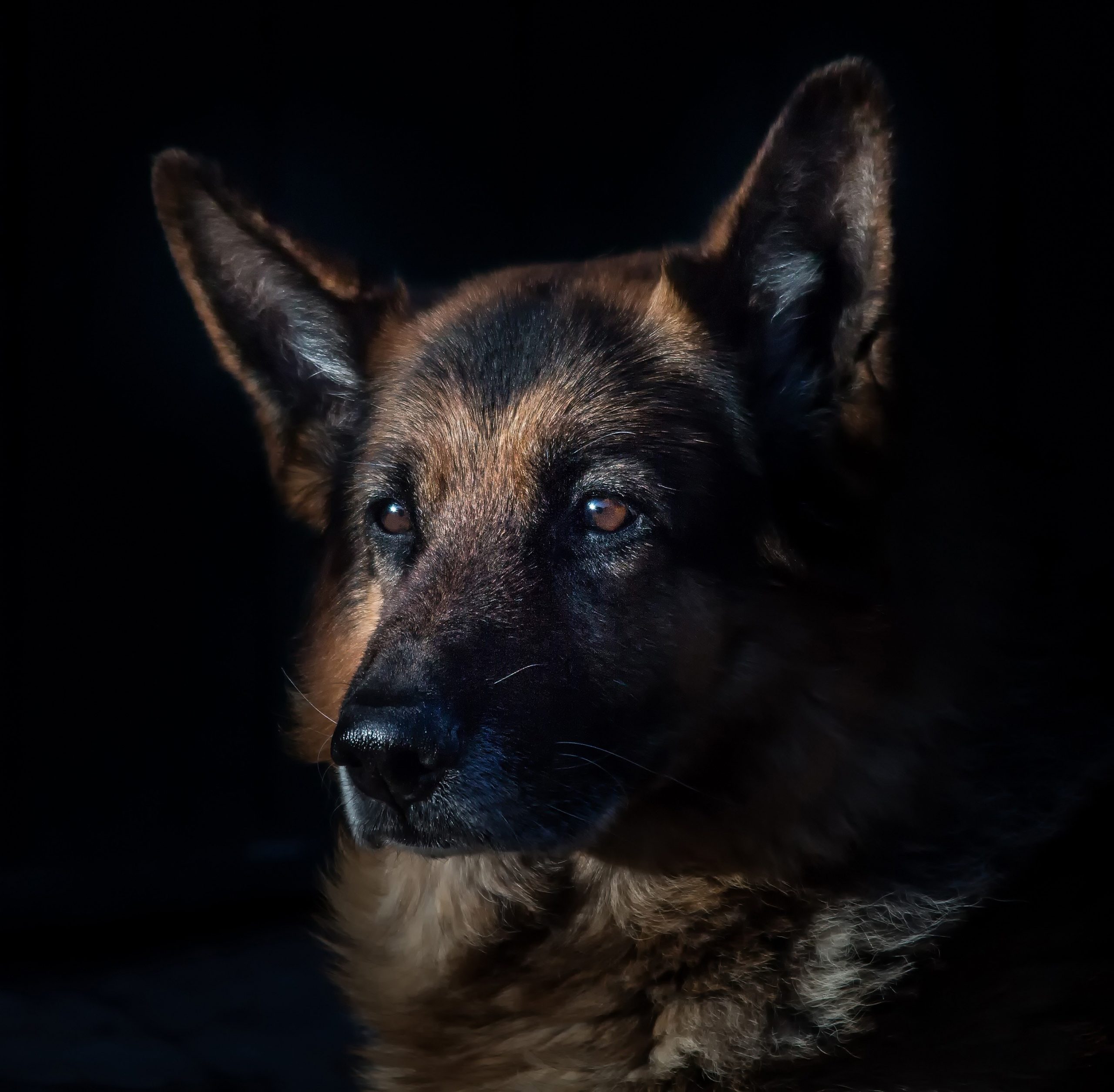 Taking the dog for a walk we always run into a lot of different breeds. We have several german shepherds in the neighborhood. I have yet to actually meet the dogs in person, they are quick to bark to protect their homes. The sound like a great protector, the perfect guard dog. They have an authoritative bark, especially from behind the fence.

The German Shepherd is a dog that never goes unnoticed. either for its noble appearance or its attentive expressions. This is a popular breed around the world, continues to collect admirers of all cultures, ages, and styles. Originally called Alsatian or an  Alsatian Wolf Dog, they rank as one of the smartest breeds. They love to work and make their owners proud. They were one of the first breeds used as a seeing eye/service dog.

German shepherds, as you will soon discover has many exciting facts about their interesting history, charming personality. In this article, we want to invite you to know some curiosities for the German Shepherd you may not have known before. So get comfortable grab a cup of tea and keep reading.

Tea Spectral and reading blogs make for a great afternoon.

German Shepherd made for herding

We currently associate the German Shepherd as a police dog, rescue dog, guide dog, or excellent guardian of your home and protector of your family. The beginning of this beautiful breed started in the late 1800s. Originally, they were developed to herd in the fields of Germany. Cavalry Captain Max Emil Frederick von Stephanitz dedicated his time to creating a breed for work in the field that also had a noble appearance. Inspired by Thuringian shepherds from the North with the Wurtemberg shepherds of the South, after careful breeding, the first german shepherd Horand von Grathfreth was born. Germany soon noticed german shepherds intelligence, agility, physical stamina, and loyalty other countries quickly noticed too.

They are remarkably smart and loyal

German shepherds rank third in the smartest dogs in the world. Any guess for the first place? Border Collie, then Poodle (of course). Firstly, german shepherds are alert, balanced, safe, and extremely loyal characters. They live an average of 10-12 years, and a healthy diet and active lifestyle keep them healthy. It is common to see them working as a police dog or as a seeing-eye companion. Secondly, they are extremely trainable and strive to please their master. It is in their genetic makeup to want to perform difficult tasks, accept challenges, and be physically active. In other words, they need a lot of mental and physical stimulation to be happy and productive. However, they make excellent protectors and family companion dogs.

This dog has been, for many years, one of the most popular and beloved dogs in the world. Probably this stems from his “perfect combo,” which combines a regal appearance, remarkable intelligence, high sensitivity, and reliable and obedient temperament. They are extremely smart and loyal to their owners and family. They were officially known as the Alsatian in the UK from after the First World War until 1977 when its name was changed back to German Shepherd.

The German Shepherd has been a hit on film and TV

Rin Tin Tin is the protagonist of the adventure ” The Adventures of Rin Tin Tin” which has most likely been the no one top famous German Shepherd in the television world. This 1954 TV series in the United States most definitely popularized the breed. In more recent years, who can forget the handsome hero in I am Legend ? or my other personal childhood favorite film from the 1980s K-9 Lastly, they make great stars for film and television.

German Shepherds have participated in both World Wars

This dog is the few breeds that have accompanied the German army in the two world wars in which the country has been involved. When World War I broke out, the breed was still relatively young, and the German authorities were not so sure of its performance in this context. Soon they proved their worth.
During the harsh war years, these brave dogs help deliver messages, locate wounded soldiers, and patrol with officers. always on alertness to the appearance of foes. Even Allied soldiers returned to their countries with great admiration and whimsical stories about German Shepherds’ capabilities. Eventually, outside of Germany, the German Shepherd gained popularity all over the world.

Another interesting fact about German shepherds

The first dogs trained to assist blind people were four German Shepherds: Judy, Meta, Folly, and Flash. They were released to veterans of the First World War on October 6, 1931, in Merseyside.
The world’s primary guide dog school, called “The Seeing Eye,” was created in the United States, and its co-founder, Morris Frank, traveled between his native country and Canada to promote the use of these trained dogs. Truly a beloved breed.

In conclusion, German Shepherds have an interesting and colorful history. They are a dedicated working dog with lots of love and loyalty to offer, even today in the world full of technology.

This site contains affiliate links to products. We may receive a commission for purchases made through these links.